Did you ever face a hurricane in a sailboat? This woman did

When I was traveling in Baja California Sur, located in the northwest peninsula of Mexico, I went to Laguna Ojo de Liebre, a protected sanctuary for grey whales. There are literally thousands of them, who go there to give birth and rear their children for a couple of months each year. 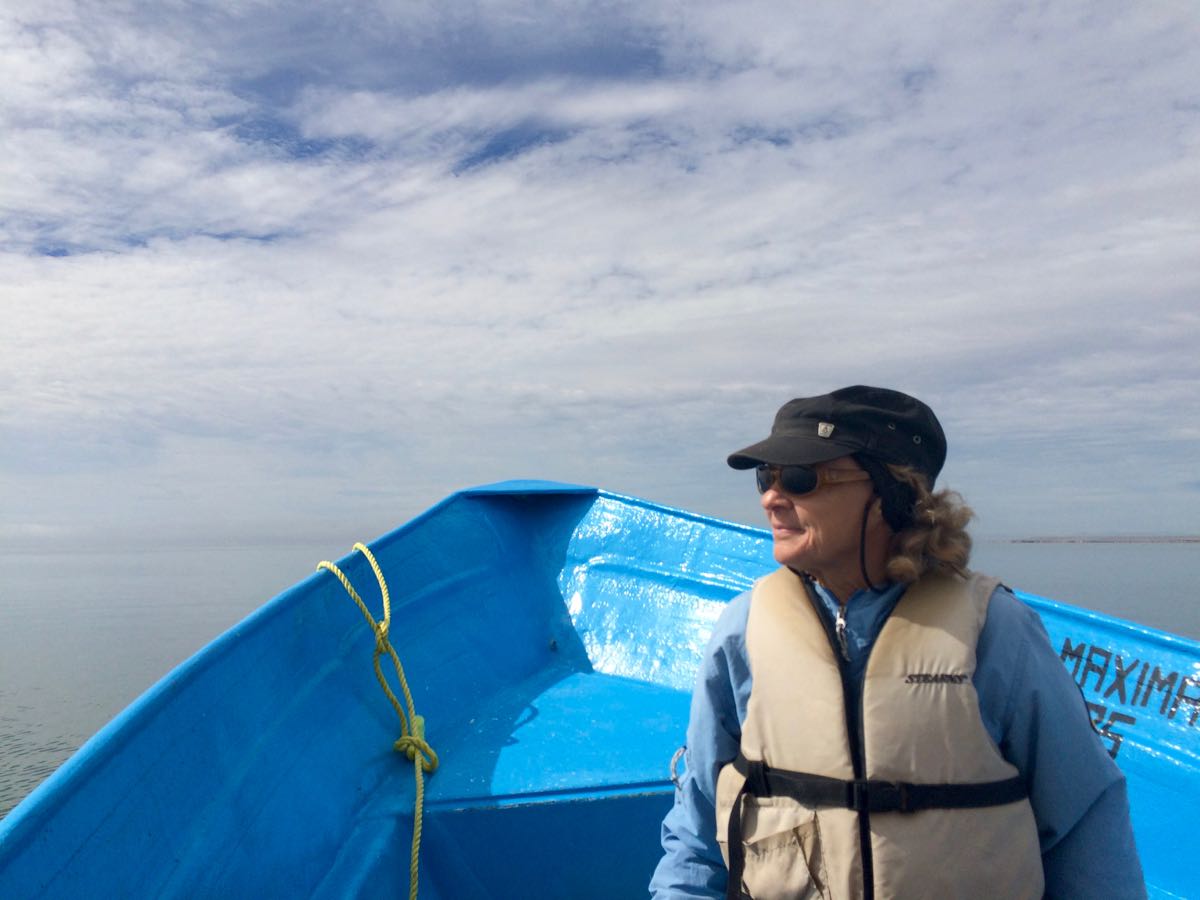 Our guide was Shari Bondy, an energetic woman from Canada, who has spent most of her life getting in contact with whales and studying them. Before going to see these amazing cetaceans, she briefed us about their habits, their reproduction, how they take care care of their children, and plenty other things. Listening to her was an amazing experience as she has a lot of passion for these animals, and also has many interesting things to say about them. 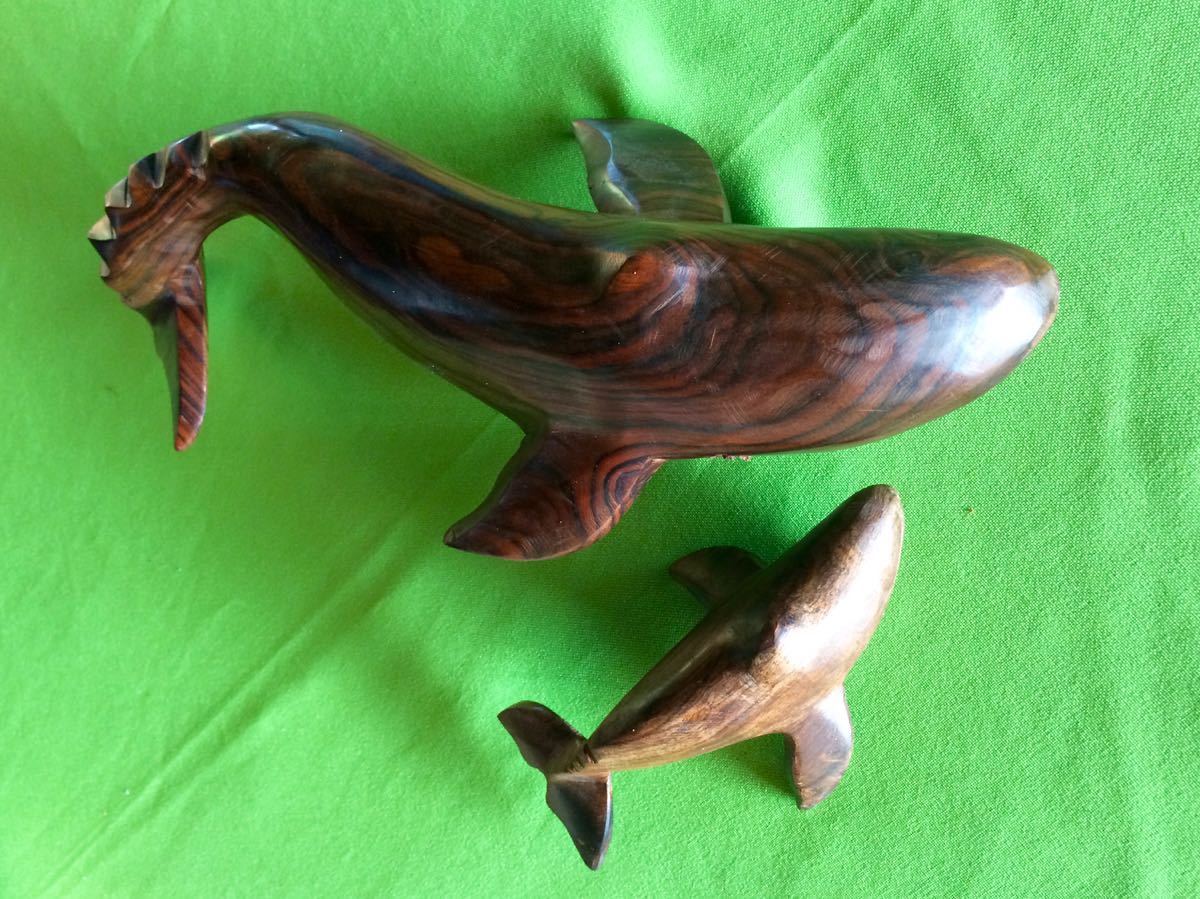 Intrigued by such energy, I asked her why she decided to study whales in the first place. She was silent for a moment, and then started telling the following amazing story.

When I was in my twenties, I went on a sail boat trip. Everything went fine for a couple of days, until one day the boat got caught in the middle of a hurricane. The captain totally lost control of himself in despair, as he thought there would be no way out. But I was young and eager to live. I went to the wheel and started directing the boat. Huge waves, maybe up to 30 meters high, were breaking all around us in a dark and brutal dance. 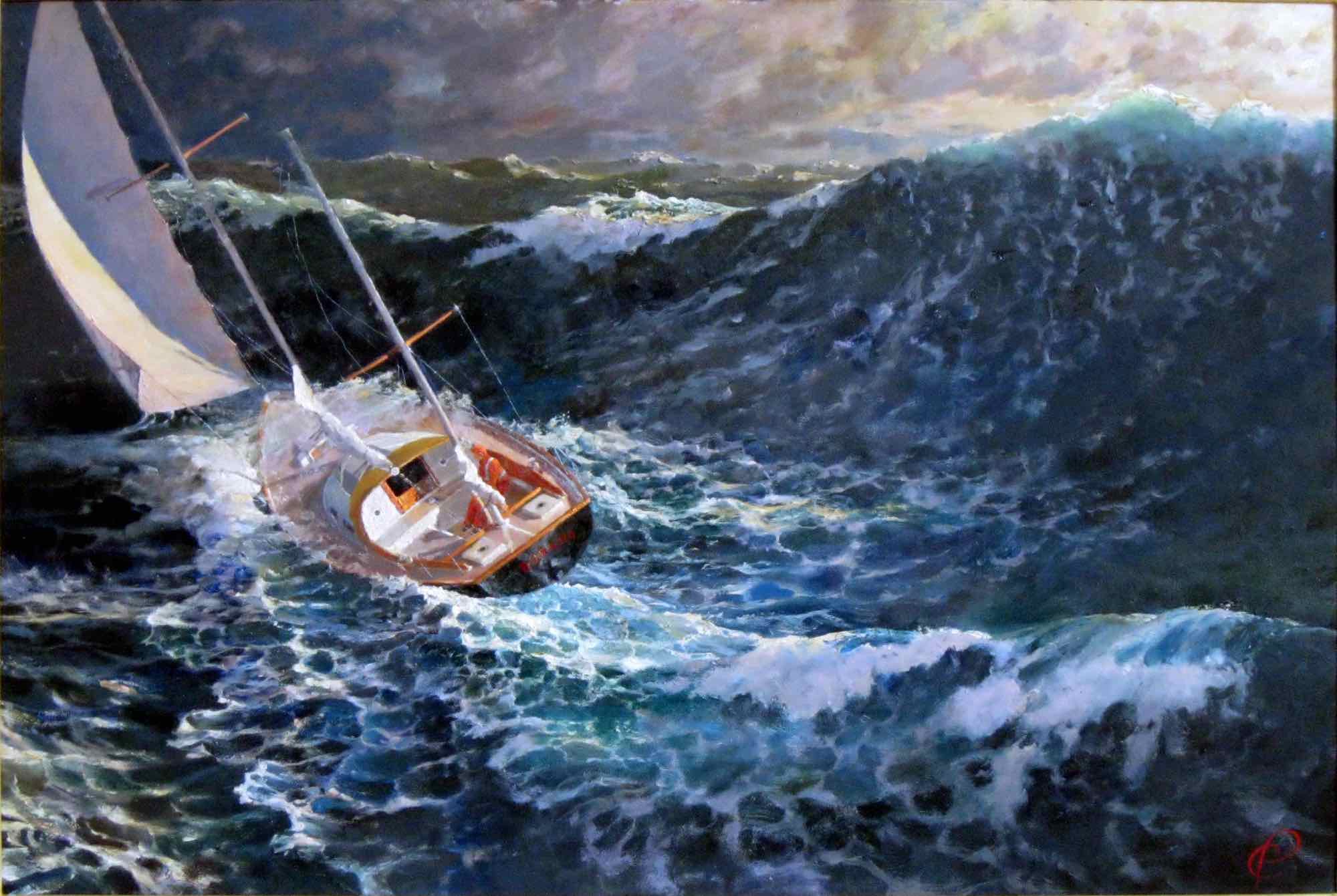 In this extreme situation, I started sailing the boat up and down these gigantic monsters. I had to direct it completely perpendicular to the waves, otherwise it could capsize and sink. This situation seemed so unfair to me that I became full of anger against nature and God, raising my fist in the air and shouting with all the energy I had. But soon, exhausted by the physical intensity of the situation, and feeling I would faint soon, I attached myself to the wheel with ropes, and collapsed...

Then I heard a voice calling me, and I woke up. I opened my eyes. Even if the boat was still in the middle of the rage of the hurricane, everything seemed so calm in my mind. I looked around and saw that the boat was surrounded by two whales who were steering the boat, one on each side. Further away on the horizon, there was a light. I knew I was dead.

Then I heard the voice again, telling me, "You're not dead!"

I "felt" that this voice, which was actually more like a feeling in my head than a voice, was that of the whales communicating telepathically with me. Totally convinced that this was the ultimate trip of my life, I answered, "No, I'm dead!"

Again the whales told me, "No, you're not dead!"

The back and forth went for a little bit more, until I acknowledged, "Ok, maybe I'm not dead!"

Then the whales told me, "You'll be fine."

At the same moment, the hurricane stopped, the cloud went away, and the water became calmer.

Then the whales told me,

They stopped steering the boat and left, diving into the depths of the ocean.

I was in the shock after all that had occurred. At the same time, I was excited about the mind-communication which had just happened with these whales. So I decided to see if I had the ability to call them back using my mind. And it totally worked. They came back and asked, "What do you want?"

I did not know what to say as it was more an experimentation for me.

"Tell people about us."

Then they turned back and disappeared in sea.
I never saw them again. 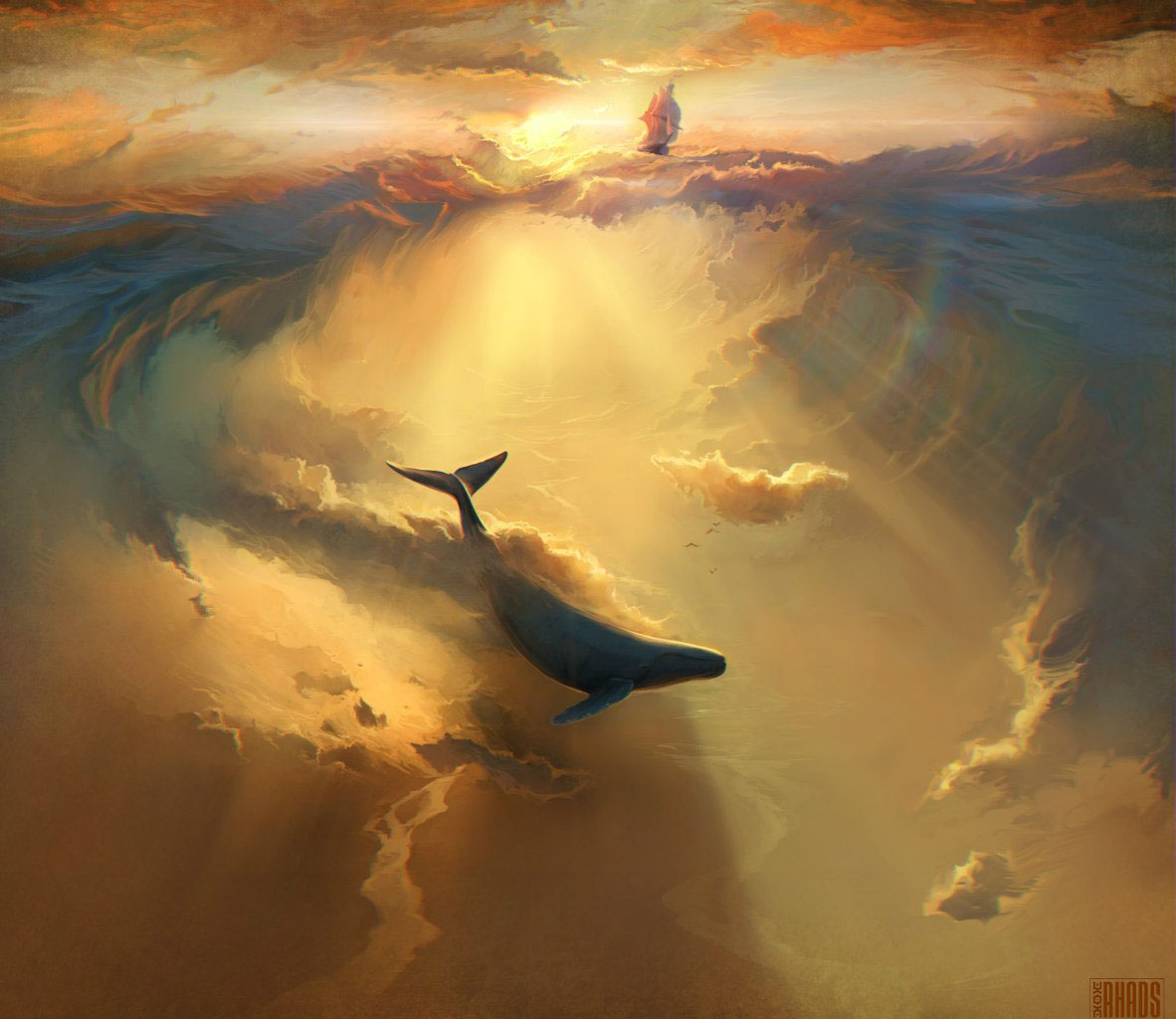 Starting from this moment, Shari dedicated her life to the whales. She has spent 38 years studying them, approaching them, and trying to communicate with them again.

She is completing a book about her life in contact with whales, which should be published in September 2016.

If you planning to go to Baja don't loose the opportunity to have a direct contact with whales, and book a tour with her on Whale Magic. You'll be able to meet somebody special, filled with positive energy and who will share her passion for whales with you. 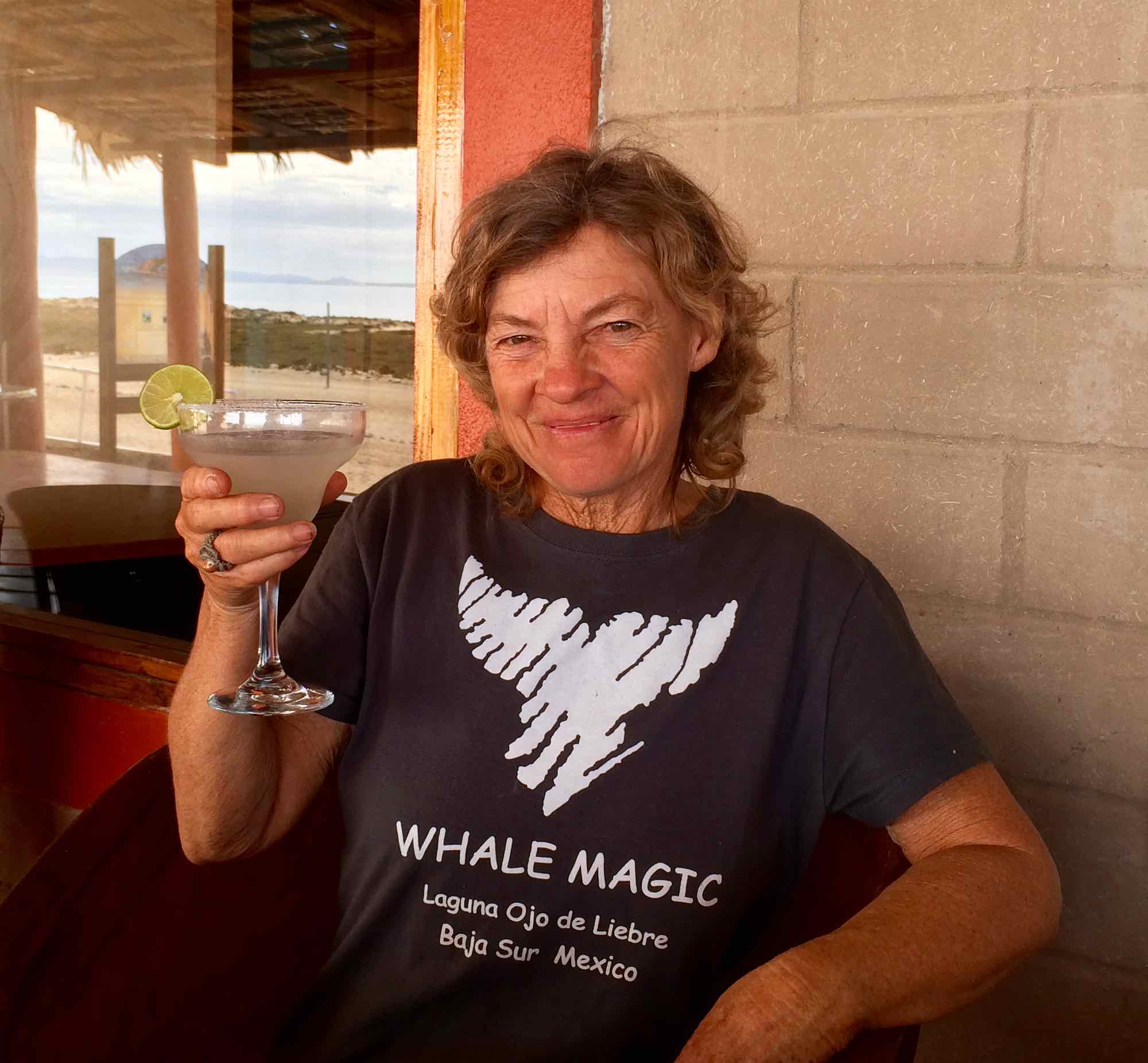 The Best Apps to Find Wifi While Traveling